THE BEST DRAUGHT PICKS AND WHERE TO DRINK THEM 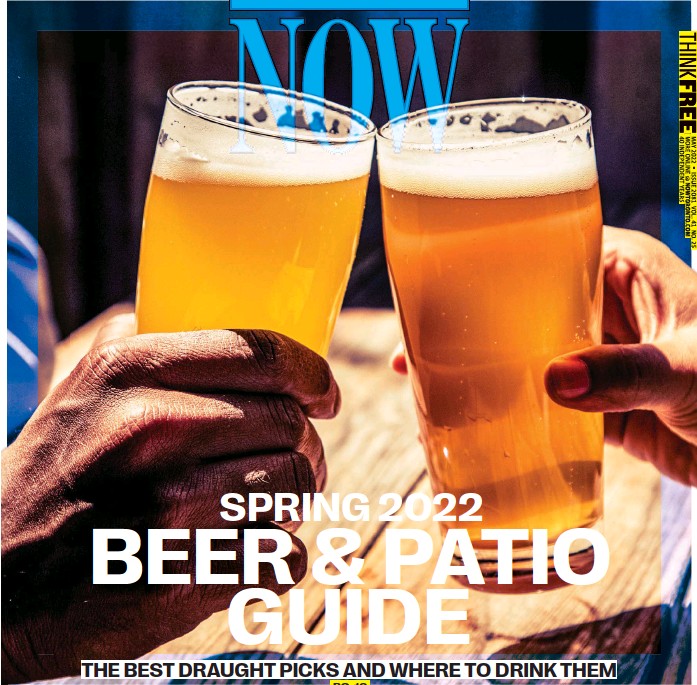 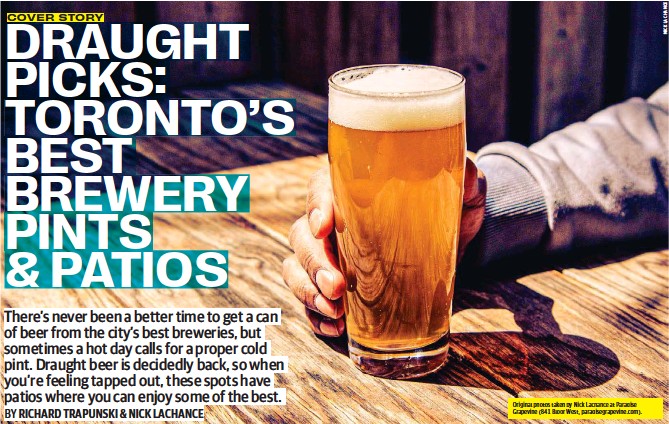 There’s never been a better time to get a can of beer from the city’s best breweries, but sometimes a hot day calls for a proper cold pint. Draught beer is decidedly back, so when you’re feeling tapped out, these spots have patios where you can enjoy some of the best. Indie Alehouse The Junction was dry until 1997, but now the west- end neighbourhood is a gem for craft beer drinkers. At the heart of the latecomer bar scene is Indie Ale House and its sprawled out Dundas West patio ( expanded during the pandemic). With at least 11 beers flowing – made in house with a few guest taps here and there – plus beer flights, cans and a surprisingly good food menu, it’s the place to drink a cold pint almost in the middle of traffic. A classic Toronto experience. ONE BEER TO TRY THIS SUMMER: INSTIGATOR A long- time favourite at Indie Alehouse, this West Coast IPA is refreshingly citrusy with a bitter- yet- clean hoppy bite – an ideal version of the beer style that was everywhere a few summers ago. Since we’re in a timewarp, it’s as good a time as any. ° 2876 Dundas West, indiealehouse. com Collective Arts A favourite for Ontario craft beer lovers for their eye- catching cans and support of arts and music scenes, this Hamilton brewery opened a Toronto outpost during the pandemic. At their Bathurst and Dundas patio ( formerly home to the 6ix Brewhouse and Susur Lee family spot Bent before that), you can grab any of those colourful cans or try one of their local innovations brewed onsite. TRY: Skipping Stones Mexican Lager The best patio companion, aside from a cute pupper, is a perfect pint on a hot day. Crisp, corny and refreshing, Skipping Stones delivers in every spring or summer situation with a clean, easy, drinkable character. ° 777 Dundas West, collectiveartsbrewing. com Goose Island Toronto This Chicago- based brewery is now owned by mega- conglomerate Anheuser- Busch, but it has retained its experimental focus at its nearly five- year- old Toronto outpost. There are at least 11 beers on tap made in house in Toronto, special monthly brews and a few classics from the American brewery ( you’ve probably seen Goose IPA out and about). The two patios – one bustling and one like a hidden garden, with a Banksy lurking nearby – don’t hurt either. TRY: Bitter Half They’ve got an English bitter? Well sign me up, old chap! This bready, low carbonation sessionable beer is a perfect for when you’re in the mood for a brown ale. With notes of biscuit, black tea, orange and stone fruit, it’s sure to please no matter how much Britpop you listen to. ° 70 The Esplanade, gooseisland. ca Belgian Moon @ Stackt For such an innovative urbanist space – a temporary shipping container market on land eventually earmarked for development – the offerings at Stackt have always felt a little corporate. So yes, the main bar space is a Molson brand, but you can’t go wrong sitting back in the sun with a nice wheat beer, an orange slice and maybe a dog, all in an area that feels like one giant patio. TRY: Mango Wheat Complete with that cheek- filling wheat mouthfeel you love comes the hint of mango and honey. Big mango on the nose, but subtle on the pallette, this beer tastes like Stackt feels. ° 28 Bathurst, stacktmarket. com