The comedian responds to being pitted against Dave Chappelle by Netflix in her new show, Body Of Work 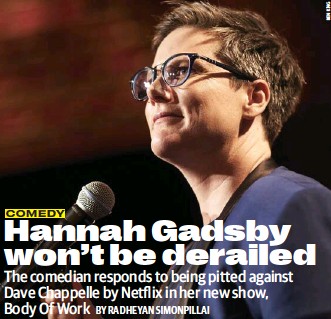